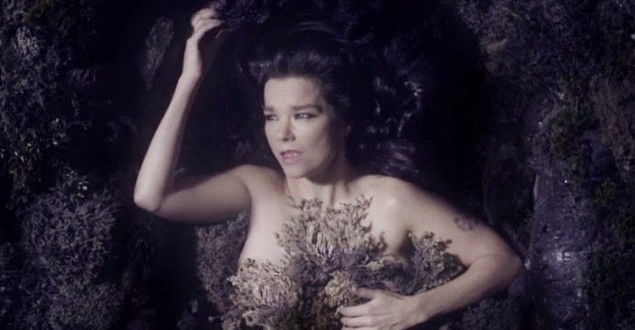 On March 7, New York City’s Museum of Modern Art will open the Björk retrospective Björk, an exhibit that will “chronicle her career through sound, film, visuals, instruments, objects, costumes, and performance.” Today, the artist shared a teaser of the video and sound installation “Black Lake”, which will be a part of the exhibition. Watch the teaser below. “Black Lake” is also the name of a song on her newest album, Vulnicura.

More from the MOMA:

The Museum of Modern Art presents a retrospective of the multifaceted work of composer, musician, and singer Björk. The exhibition draws from more than 20 years of the artist’s daring and innovative projects and her eight full-length albums to chronicle her career through sound, film, visuals, instruments, objects, and costumes. In the Museum lobby, instruments used on Biophilia (2011)—a gameleste, pipe organ, gravity harp, and Tesla coil—play songs from the album at different points throughout the day. On the second floor, in the Marron Atrium, two spaces have been constructed: one is dedicated to a new sound and video installation, commissioned by The Museum of Modern Art, for “Black Lake,” a song from Björk’s new album Vulnicura (2015); and the second is a cinema room that screens a retrospective in music videos, from Debut (1993) to Biophilia.

Entrance to the Bjork exhibits are included with regular MOMA admission although timed tickets are required for an interactive exhibit on the third floor.