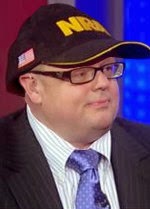 Todd Starnes Has The Bakery Sadz

“Aaron and Melissa Klein refused to bake a wedding cake for a gay couple, and now they must pay for their crime. The question now is how much — if anything — the Kleins will be forced to pay. Labor Commissioner Brad Avakian will decide, and history proves he’s no friend of the Christian bakers. In 2013, Avakian told The Oregonian that it is the government’s desire was to rehabilitate businesses like the one owned by the Kleins. Rehabilitate? He wants to ship the Christians off to a government-sanctioned re-education camp? The evidence seems to indicate that Christian business owners are being intentionally singled out for persecution. And it appears the courts are consistently ruling that gay rights trump everyone else’s rights. The Constitution guarantees every American a right to life, liberty and the pursuit of happiness. Melissa Klein makes wedding cakes. That’s her pursuit of happiness. Should she be denied that right simply because of her Christian faith?” – Todd Starnes, writing for Fox News.