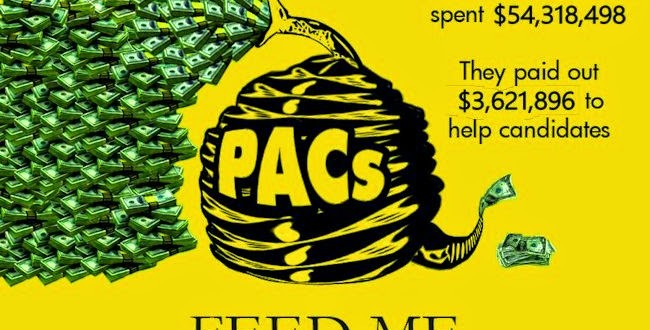 National Review columnist Jonah Goldberg today points to a just-released study which shows that tens of millions of dollars donated to Tea Party-affiliated PACs went nowhere. And by nowhere, he means into somebody’s pockets, but not the candidates’. Goldberg excerpts from the study:

How many conservative candidates lost in 2014 because of a lack of funds? How many of them came up short in primaries, lost winnable seats or desperately tried to fight off better-funded challengers? How much of a difference would another 50 million dollars have made last year? That’s a very relevant question because the 10 PACs at the bottom of this list spent $54,318,498 and only paid out $3,621,896 to help get Republicans elected. If that same $54,318,498 had gone to the Club for Growth Action PAC and it had been as efficient with it as it was with the money it had, $47,800,278 would have gone to Republican candidates instead of the meager $3,621,896 that those candidates received from those 10 PACs during this cycle. The conservative movement has a right to expect more than this from the PACs that are representing it.

Many commenters at the National Review are screaming, “Yeah, but the RNC is so much worse!”