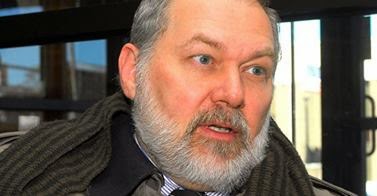 Scott Lively has The Pre-SCOTUS Sadz

“Absent a miracle from God or unprecedented massive wave of popular protest by America’s Christians (which would be a miracle in itself), the United States Supreme Court will declare a constitutional right to ‘gay marriage’; by judicial fiat sometime this year. I expect some sort of severe judgment to fall on America in conjunction with this process. [snip] After weeks or months of global chaos, when the nations are sufficiently broken and the peoples of the world desperate for a return to order, a hero will step upon the world stage to end the crisis. In the human context he will secretly represent the globalist elites who have planned and prepared for this opportunity to impose a new world order: a new global government with a new economic system. In the spiritual context he will be enacting a Satanic plot to usurp the role and identity of the Messiah and gain the adulation of the world.” – Scott Lively, who doesn’t want to be called anti-gay.

UPDATE: Lively’s column has been republished by Matt Barber with the below illustration.