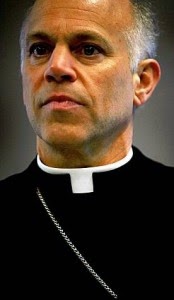 Via the SF Gate:

The conservative Roman Catholic archbishop of San Francisco has developed a new document for Catholic high school faculty and staff clarifying that sex outside of marriage, homosexual relations, the viewing of pornography and masturbation are “gravely evil.” Archbishop Salvatore Cordileone’s document applies to faculty and staff at four Catholic high schools: Riordan and Sacred Heart in San Francisco, Marin Catholic in Kentfield and Serra High School in San Mateo. It states that administrators, faculty and staff “affirm and believe” the controversial statements, which will be part of the faculty handbook. The document goes on to say that marriage is between “one man and one woman,” despite California law allowing same-sex marriages. It also notes that sperm donation, the use of a surrogate and other forms of “artificial reproductive technology” are also gravely evil.

Cordileone, who was arrested for drunk driving in 2012, is considered by some to be the “father” of Proposition 8. Last year he led NOM’s hate march against same-sex marriage.

UPDATE: Students have launched a petition against the new “morality” edicts.

We call on the Archbishop to cease his efforts to institute outdated and discriminatory “morality clauses,” to retain workplace protections and to allow Catholic school teachers to focus on the work they are doing to educate thousands of Bay Area children. The proposed changes directly contradict the Pope’s teachings, the Catholic values of inclusion and diversity, and the free and open exchange of ideas, which is the hallmark of a good education. They create a culture of fear that denies staff the right to follow their own individual consciences and harms students. As people of faith who value education, equality and freedom of conscience, we ask the Archbishop to remove this language immediately.