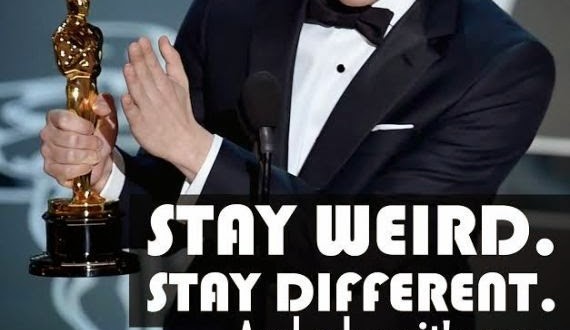 Quote Of The Day – Graham Moore

“I’m not gay, but I’ve never talked publicly about depression before or any of that and that was so much of what the movie was about and it was one of the things that drew me to Alan Turing so much. I think we all feel like weirdos for different reasons. Alan had his share of them and I had my own and that’s what always moved me so much about his story.” – Oscar-winning screenwriter Graham Moore, speaking to Buzzfeed. Moore’s “it gets better” acceptance speech led many (including numerous media outlets) to wrongly assume that he is gay. At this writing #StayWeird remains a top-trending hashtag on Twitter.