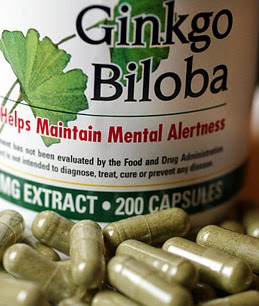 New York Attorney General Eric Schneiderman yesterday announced that an investigation by his office has revealed that 79% of tested herbal supplements sold in several major chains do not contain the plants listed on the labels. Via the Associated Press:

GNC, Target, Walmart and Walgreen Co. sold supplements that either couldn’t be verified to contain the labeled substance or that contained ingredients not listed on the label, Schneiderman’s office said. The supplements, including echinacea, ginseng, St. John’s wort, garlic, ginkgo biloba and saw palmetto, were contaminated with substances including rice, beans, pine, citrus, asparagus, primrose, wheat, houseplant and wild carrot. In many cases, unlisted contaminants were the only plant material found in the product samples. Overall, 21 percent of the test results from store brand herbal supplements contained DNA from the plants listed on the labels. The retailer with the poorest showing was Walmart, where 4 percent of the products tested showed DNA from the plants listed on the labels.

Schneiderman’s office conducted 390 tests on the above-listed six supplements sold under various brand names in outlets across New York. A spokesman for Walgreens says that the products are being pulled from their shelves. GNC says they stand by the quality of their products but are cooperating with Schneiderman’s office. Walmart says they are reaching out to their suppliers and will take “appropriate action.” A spokesman for for the supplement industry has denounced the report and accuses Schneiderman of conducting a “self-serving publicity stunt.” (Tipped by JMG reader BK)