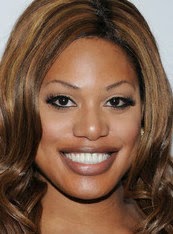 In what could be another milestone role in broadcast TV diversity, CBS has cast transgender actress Laverne Cox in its legal procedural pilot Doubt. The Orange is the New Black actress will play a transgender Ivy League-educated attorney, described as “competitive as she is compassionate. She’s fierce, funny and the fact that she’s experienced injustice first hand makes her fight all the harder for her clients.” The Doubt role was always conceived as a transgender character, and it’s tough to imagine a better catch for the part – Cox made the cover of Time magazine last year in a story about the transgender movement. While there have been plenty of transgender characters on broadcast TV shows in the past, they are often short-term parts or comedic roles.