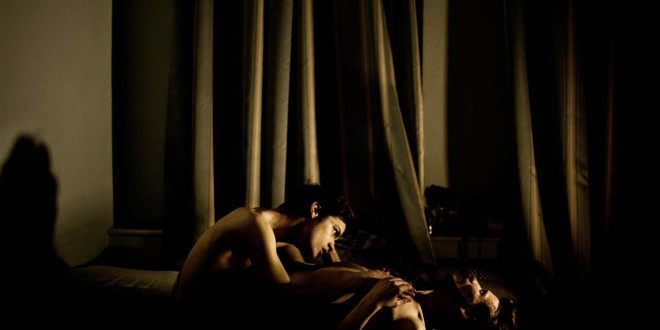 An atmospheric image of a gay couple in Russia by Danish photographer Mads Nissen was crowned the World Press Photo of the Year 2014 on Thursday. The intimate image of Jon and Alex is part of a larger project by Nissen called “Homophobia in Russia” that highlights how life is increasingly difficult for sexual minorities in Russia. Nissen said he sees the image, shot in St. Petersburg, as “a modern-day Romeo and Juliet story” about two people in love but facing outside forces who want to deny them their feelings. Its sensitivity also appeared intended to act as a counterpoint to gruesome photographs and video spread by terrorists that increasingly come to dominate the news. “Today, terrorists use graphic images for propaganda. We have to respond with something more subtle, intense and thoughtful,” said World Press Photo jury member Alessia Glaviano.

Nearly 100,000 images from over 5700 photographers were submitted for the contest.  See many more of the top-ranked photos here. (Tipped by JMG reader Cricket)