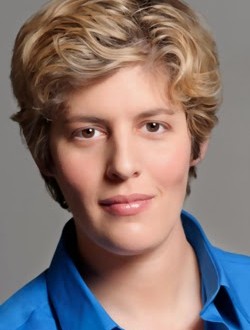 “I’m gay. And I want my kid to be gay, too. Many of my straight friends, even the most liberal, see this logic as warped. It’s one thing for them to admit that they would prefer their kids to be straight, something they’ll only begrudgingly confess. But wanting my daughter to be a lesbian? I might as well say I want her to grow up to be lactose intolerant. ‘Don’t you want her to be happy?; one friend asked. Perhaps he just meant that it’s easier to be straight in a homophobic culture. But this attitude complies with, even reinforces, that culture in the first place. [snip]

“Time will tell, but so far, it doesn’t look like my 6-year-old daughter is gay. In fact, she’s boy crazy. It seems early to me, but I’m trying to be supportive. Recently, she had a crush on an older boy on her school bus. She was acting as any precocious, socially awkward child would, which is to say not very subtle. I confided in a friend who has an older daughter. ‘She wants to give this kid a card and presents,’ I e-mailed. ‘The other kid is so embarrassed. It’s painful to watch. What do I do?’ My friend wrote back with a slew of helpful advice, ending with a punch to my gut: ‘Bet it wouldn’t bother you so much if her crush was on a girl.’ She was right. I’m a slightly overbearing pro-gay gay mom. But I’m going to support my daughter, whatever choices she makes.” – CNN commentator Sally Kohn, in a Washington Post column that has rocketed across right wing sites.