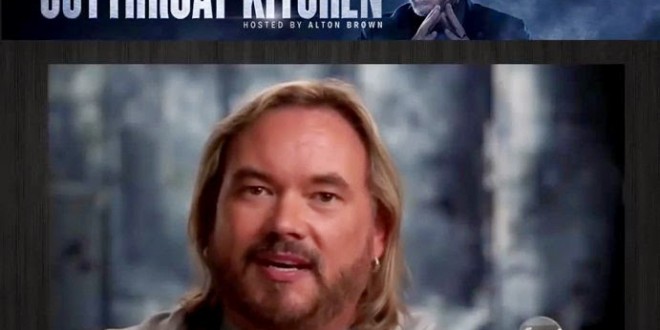 “The fast-paced energy I experienced while taping the episode last summer was exhilarating,” said Paulk. “I’ve never had more fun in my life competing with other talented chefs.” This in not Paulk’s first appearance on T.V. For several years, Paulk was a regular guest on local television morning shows doing cooking demonstrations. Currently, Paulk is preparing to launch his new, weekly radio show, “Talking with our Mouths Full,” on Wild Planet Radio, KPQR 99.1 FM. – Portland’s new radio station aimed at the LGBT community. Paulk is the former founder and leader of the ex-gay ministry ‘Love Won Out,’ which promotes freedom from homosexuality through the power of Christ. He has since left the ministry and denounced gay reparative therapy. Paulk’s Mezzaluna Fine Catering has serviced many politicians and leaders with close ties to Portland’s gay community.

Paulk’s fall from “ex-gay” grace began in 2000 when activist Wayne Besen caught him in a DC gay bar. He resigned from Love Won Out shortly after Focus On The Family head James Dobson confronted him about the incident. Paulk disavowed the “ex-gay” movement in 2013 and has since issued public apologies.