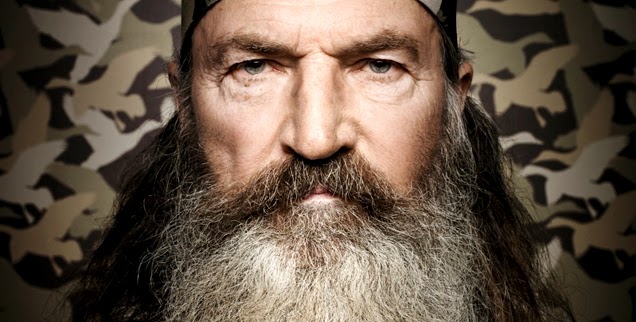 Fourteen months after he sparked a major controversy for making remarks widely perceived as anti-gay, Duck Dynasty star Phil Robertson has been named the recipient of a free-speech award from Citizens United, an organization routinely disparaged by Hollywood liberals. Robertson will receive the “Andrew Breitbart Defender of the First Amendment Award” at this year’s Conservative Political Action Conference, which is better known as CPAC and is one of the biggest annual events for prominent movers and shakers on the right. “Even when the entire mainstream media demanded he disavow his beliefs and attempted to have him fired from his own hit show for expressing these beliefs, he stood firm in his faith,” Citizens United president David Bossie said.

Breitbart, should you have forgotten, was murdered by President Obama either by poisoning or with a subsonic death ray fired from a low-orbit satellite.