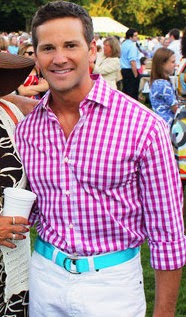 From the Tribune‘s editorial board:

His constituents have always known Schock is not the usual politician, and the revelation that he’s an ardent Anglophile would have been harmless if it didn’t accompany doubts about his ethical judgment. Few people care if he wants to spend his personal funds on eccentric remodeling plans. But some of the other stuff is more worrisome. When his congressional office account is footing the bill for him to fly by private jet instead of commercial airliner, or paying for $100,000 worth of improvements in his office, the people of his district will wonder if he’s not a careful steward of their tax dollars. If he has a habit of accepting forbidden gifts from friends and supporters, he could face House penalties. Schock won re-election to his fourth term last year with a gaudy 75 percent of the vote. He has been mentioned as a candidate for higher office, such as senator or governor. His youthful good looks and fundraising talent suggest he has great potential. We endorsed him last year with praise for “his fiscal chops and his willingness to advocate for unpopular fixes.” He’s been a good congressman in most respects, but Schock needs to get to serving the public, not himself. Otherwise he may end up like the aristocrats in Downton Abbey: contemplating a future far less congenial than the past.

Previous Headline Of The Day
Next Exorcism Of The Day