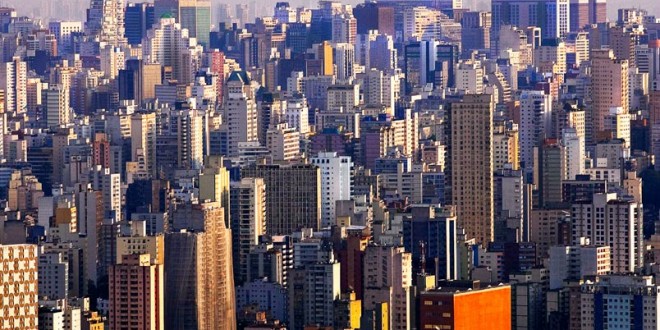 The world’s third-most populous city may soon only have water for two days a week.

The worst drought to hit São Paulo, Brazil’s biggest city, in decades may leave many residents with water service only two days a week. São Paulo’s water utility company, Sabesp, says a five-days-off, two-days-on system would be a last-ditch effort to prevent the collapse of the Cantareira water system. The reservoir is the largest of six that provide water to about six million of the 20 million people living in the metropolitan area of São Paulo. The utility says Cantareira is now down to 5.1 percent of its capacity of 264 billion gallons. A utility official, Paulo Massato Yoshimoto, said Wednesday that “rationing could happen if rainfall does not increase in the reservoir area soon.” Details of how a rationing plan might be put in place were not released.

The worst drought in nearly a century continues to plague Sao Paulo state and neighboring Rio de Janeiro and Minas Gerais states in southeastern Brazil; the nearly 30 million people living in the extended municipal complex of Sao Paulo have been dealing with extremely low reservoir levels for more than a year. In fact, the water reserves have fallen so low that they are now below the dead level, the point at which the water must be pumped up to reach the pipes connecting the reservoir to the greater distribution system. We are already seeing reports and anecdotal evidence of limited water availability in Sao Paulo, from limited flow to lack of availability in whole neighborhoods. The consumer will feel the greatest impact of the water shortages, but it will not be just households that will have to adjust. Large commercial consumers of water such as the petrochemical, steel, ethanol and textile manufacturing industries in Sao Paulo state account for approximately 70 percent of Brazil’s total industrial water use.

According to Reuters, the Amazon lost another 2300 square miles of rainforest just last year.