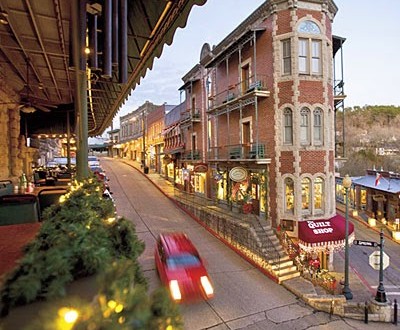 ARKANSAS: Eureka Springs Approves Sweeping Anti-Discrimination Protections, But It May All Be For Naught

City officials in the popular LGBT resort town of Eureka Springs last night unanimously approved a sweeping rights ordinance just days before the Arkansas legislature is due to enact a ban on any such laws in the state.

Ordinance 2223 was rushed through three readings at Monday’s meeting so it would become city law before a bill in the state Legislature passes making the creation or enforcement of such ordinances illegal. Council member James DeVito said it was imperative to pass the ordinance Monday because Senate Bill 202 passed on the Senate floor that day and is on its way to the state House of Representatives. “We passed the first domestic-partnership law in the state, married the first same-sex couples in the state. Yet as a community, we don’t have laws to protect those people,” DeVito told the council. “So I think it is imperative that we pass this in three readings.” The ordinance passed unanimously on all three readings, as did a resolution opposing SB202. The council also passed an emergency clause to put the new ordinance into effect as soon as possible. Eureka Springs Mayor Robert D. “Butch” Berry said he’ll sign the ordinance today or Wednesday after document changes requested by the council have been made and a fresh copy of the eight-page ordinance is available. When that happens, Eureka Springs will become the only city in Arkansas with such an ordinance.

According to GOP state Rep. Bob Ballinger, Eureka Springs is wasting their time because his bill “trumps” any municipal legislation. Fayetteville, the first Arkansas town to enact such an ordinance, gained national attention after the Family Research Council and the Duggar family launched a successful repeal campaign in December. (Tipped by JMG reader Michael)

RELATED: During the brief period that same-sex marriage was legal in Arkansas, Eureka Springs was the first to issue licenses.