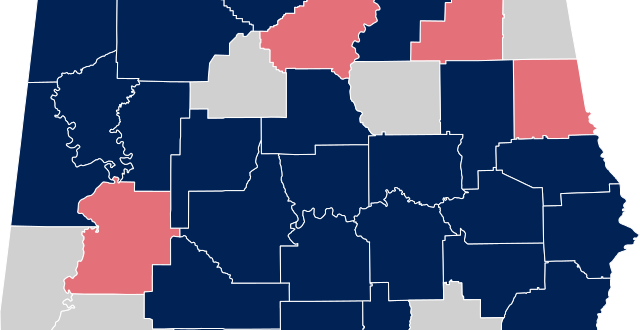 As of mid-day yesterday at least 51 of Alabama’s 67 counties had begun issuing same-sex marriage licenses. Seven of the holdout counties are issuing licenses to opposite sex couples only and the rest are not issuing licenses at all. About half of the counties now obeying the law began doing so after federal Judge Ginny Granade’s Thursday order against Mobile County. Same-sex licenses are currently available to at least 86% of Alabama’s population.

Previous HOUSTON: Jury Rules That LGBT Rights Repeal Petition Signatures Were Forged, But Case Is Far From Over
Next Southern Baptists Leader Russell Moore: Officials Who Won’t Comply With Marriage Laws Should Seek Other Employment