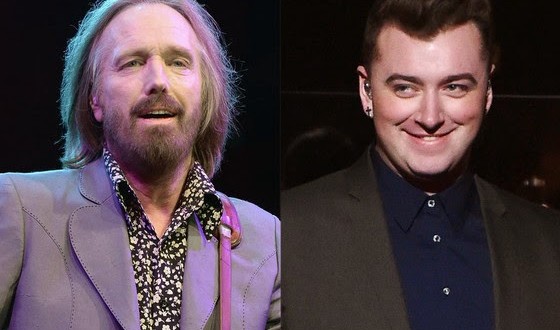 Tom Petty has been awarded a songwriting credit on Sam Smith’s “Stay With Me,” which bears a close resemblance to Petty’s “I Won’t Back Down.” According to The Sun, the deal was settled out of court back in October, but is just coming to light now. Both Petty and singer/composer Jeff Lynne were given a 12.5% writing credit. The song’s full writing credit now lists Smith, Petty, Lynne, and Jimmy Napes as the songwriters. “When Sam’s track was originally released, it was clear to a lot of musicians that there were notable similarities between the tracks,” a source told NME. “After it was pointed out to Sam’s camp, they didn’t try to fight it and amicably dished out royalties. It wasn’t a deliberate thing, musicians are just inspired by other artists and Sam and his team were quick to hold up their hand when it was officially flagged.”

For his part, Petty has said that he considers lawsuits in such situations, well, petty, once declaring that he’d only consider suing if someone “maliciously” stole one his songs note-for-note. In cases of “inspirational” copying, as seems be the situation with Sam Smith, Petty’s attitude is “OK, good for you.”

“Since Lynne and Petty didn’t do any new writing for this work, we are considering their original work to have been interpolated by Napier, Phillips and Smith for ‘Stay With Me,'” says Bill Freimuth, the Recording Academy’s senior vice president, awards. “Lynne and Petty will not be considered nominees nor will they be considered Grammy recipients, should the song win. Rather, they would be given certificates to honor their participation in the work, just as any other writers of sampled or interpolated work.”

Previous TRAILER: The Fantastic Four
Next POLL: 7% Of All LGBTs Oppose Marriage Equality, 19% Of Gay Republicans Do Too