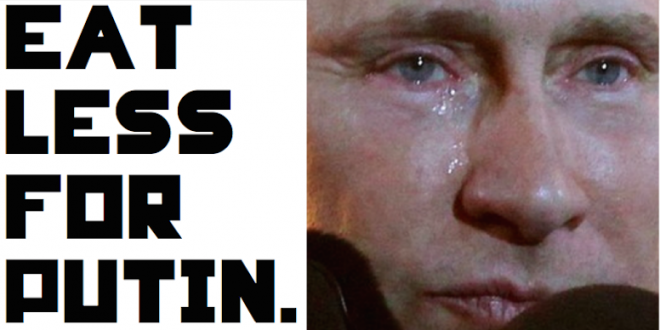 Russian Deputy Prime Minister Igor Shuvalov, speaking at the World Economic Forum in Davos, on Friday warned the West against trying to topple President Vladimir Putin and said that Russians are ready to sacrifice their wealth in Putin’s support. Russia has for the past year been sliding into recession amid a slump in its energy export prices as well as Western sanctions against Moscow’s role in the conflict in Ukraine that has claimed more than 5,000 lives. Questions have been raised in Russia and abroad whether the price that ordinary Russians are having to pay for the annexation of Crimea is too high.

Shuvalov, who is believed to be one of the richest men in the government, said that what he considers the West’s attempts to oust Putin will only unite the nation further. “When a Russian feels any foreign pressure, he will never give up his leader,” Shuvalov said. “Never. We will survive any hardship in the country — eat less food, use less electricity.  Shuvalov’s comments triggered pithy remarks on Russia social media including an opposition activist who posted photos of Shuvalov’s Moscow, London and Austria homes to illustrate where the deputy prime minister would experience the hardships he described.

The image above comes via Copyranter, who notes that the font is called “Hunger Games.” Hit his link for two more suggested billboards.