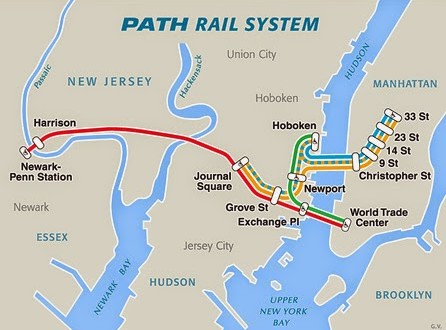 Nighttime workers and nightlife fans in New Jersey will soon have no way to get home from Manhattan if the Port Authority gets its way. Via the Jersey Journal:

Several Hudson County officials will join forces with other officials tomorrow to call on the Port Authority to to cancel its proposal to eliminate the overnight PATH service. The press conference, which will include federal, state, and local elected officials, is scheduled for 2 p.m. at the Grove Street PATH Station in Jersey City.

In a report released over the holidays — and signed off on by Govs. Chris Christie of New Jersey and Andrew Cuomo of New York — the Port Authority proposes to eliminate PATH service 1 a.m. to 5 a.m. weeknights as a cost-savings measure. It would also affect hundreds of thousands more people if weekend overnight service were also eliminated, according to a press release. The PATH connects New York City with Jersey City, Newark, Harrison and Hoboken.

Jersey City residents have already suffered through two years of restricted service out of the World Trade Center station due to Hurricane Sandy-related repairs.

NOTE: For those wondering, a cab from downtown Manhattan to Newark will run you about $100 after you add in tolls and tip. It’s about $40-$50 to Jersey City.