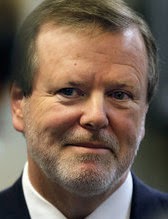 North Carolina lawmakers said they will file a petition this week with the U.S. Supreme Court to hear its appeal regarding marriage for same-sex couples. “We’ve said all along North Carolina voters deserve to have their voices heard, and this important issue won’t ever be settled until a final decision is made by the U.S. Supreme Court,” Sen. Phil Berger (R) said in a statement. The North Carolina legislature banned marriage between same-sex couples in 1996, and in 2012, voters approved a constitutional amendment defining marriage as between a man and a woman. In November, a federal judge struck down the state’s marriage ban. “Regardless of where you stand on the ultimate issue, it is important to protect the will of the North Carolina voters who overwhelmingly approved a constitutional amendment,” Rep. Tim Moore (R) said in a statement.

NOM and the state GOP appealed to the Fourth Circuit Court back in November.