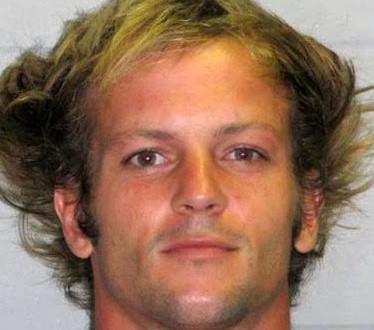 Last summer NYC Eagle bartender Paul Martone was left in critical condition after an altercation with a stranger on a Hell’s Kitchen street. Several days later Martone’s assailant [photo] was identified and apprehended in part due to a video of the incident which went globally viral, spawning a heated social media discussion on whether Martone had instigated the attack. Yesterday charges against Martone’s assailant were dismissed.

Charges were dropped Tuesday against a man accused of punching another man in the face following an argument in Hell’s Kitchen last summer. The Manhattan District Attorney’s office dropped charges against Corey Pohan, 32, on the grounds that the case could not be proven beyond a reasonable doubt, CBS2 confirmed. Pohan was allegedly seen on video punching Paul Martone, 55, in the face on the corner of 55th Street and Ninth Avenue in Hell’s Kitchen in July, police said. Sources told CBS 2 the incident with Martone started when Pohan allegedly stepped over Martone’s dog, leading to a quarrel. After being punched, Martone fell backwards and hit his head on the pavement. He suffered a serious head injury. Pohan was tracked down in New Jersey, and was later hit with separate charges of criminal trespassing there after police said he climbed on top of a toll plaza on the New Jersey Turnpike while being transported to New York City.