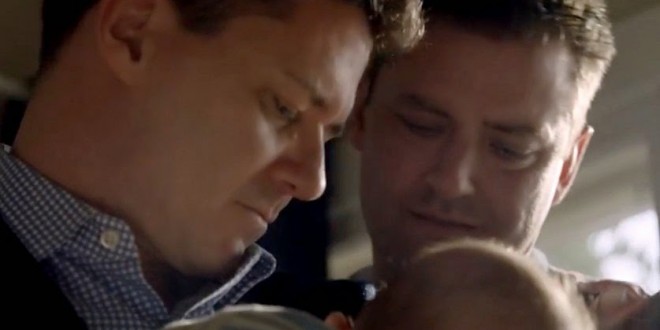 Last year when Honey Maid launched its first LGBT-inclusive ad campaign, the impotent screaming from the haters was long and loud. Charisma Magazine declared that Honey Maid will be sorry when Jesus comes back. Pastor Kevin Swanson compared the ad to endorsing ax murderers. Porno Pete whined that gays are now trying to redefine the word “wholesome.” The American Decency Association announced that Satan loves Honey Maid.  And of course One Million Moms launched their usual boycott campaign. The company responded to the backlash with an in-your-FACE ad response that was even more beautiful than the original ad and followed that up with a social media campaign that celebrated gay pride. Let’s see if the haters even bother with the new ad, since last year’s complaining was so fruitless. You can show your appreciation for the new campaign at Honey Maid’s Facebook page and Twitter feed.