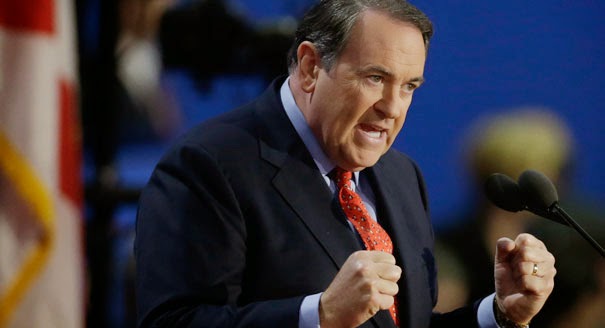 Following the cancellations by Gary Sinese, Pete Coors, and Bret Baier, anti-gay Catholic group Legatus has announced three replacement speakers: Mike Huckabee, Austin Ruse, and the former CEO of medical equipment supplier Baxter International. Ruse, you may recall, is the head of the anti-gay Catholic group C-FAM and was recently fired by the American Family Association after declaring on their national radio show that the “hard-left human hating people” who run universities “should all be taken out and shot.”

Legatus has also issued a separate statement about the cancellations.

We have great respect for Bret Baier, Peter Coors, and Gary Sinise and regret that our members will not have the opportunity to hear about all the good work they are doing. As an organization, we try to assist our members in understanding the issues currently facing our society, and the Church’s teachings on these relevant matters. As a result, our members can grow in their understanding of their faith, which then benefits them in every area of their lives. LGBT groups should not feel threatened by our organization, whose mission is to study, live and spread our faith according to the teachings of the Catholic Church. At its core, this issue is about the freedom of Legatus members — in fact all Catholics, and by extension people of any religion — to have the freedom to exercise their religious beliefs, which includes the ability to gather together and discuss their faith.