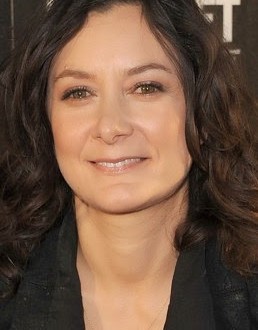 “I think if you’re on a show called My Husband’s Not Gay, then your husband’s gay. But I also think there is a reverse bullying in the gay community where you can’t do it a certain way and – I’m sure this is controversial – but I think if a guy is attracted to guys and he wants to try to live a straight lifestyle that is as much his prerogative than somebody who wants to live a gay lifestyle.” – Sara Gilbert, responding to criticism of the coming reality show.

Yesterday Truth Wins Out pointed out that the show’s cast is “deeply involved” with the “ex-gay” brainwashing movement.

Truth Wins Out today expressed dismay over TLC’s upcoming special, “My Husband’s Not Gay,” set to air Sunday, January 11, which purports to show the lives of Mormon men who have chosen to marry women despite the fact that they are attracted to men. Advertisements for the show depict a curious look into the unique lives of these men, but, as is the case with TLC’s show “19 Kids And Counting,” a much darker agenda lies under the surface. Seven members of the cast of “My Husband’s Not Gay” are deeply affiliated with North Star, a radical Mormon “ex-gay” group. Jeff Bennion, one of the stars of the show, is so extremist that he has written that “it would have been wrong to ordain a black person in May of 1978, even if you knew with a certainty that is changing the next month,” referring to the fact that, before 1978, black men could not be Mormon priests, and that both black men and women were generally prohibited from full membership in the church. Bennion has also written extensively in support of the deeply harmful practice of “ex-gay” therapy.

A Change.org petition which calls on TLC to cancel the show currently has over 90,000 signatures. From the petition:

The men featured in this show deserve to be shown compassion and acceptance. Perhaps even more importantly, TV viewers need to know the horrific consequences of trying to change who you are. Instead, TLC is presenting victims’ lives as entertainment, while sending the message that being gay is something that can and ought to be changed, or that you should reject your sexual orientation by marrying someone of the opposite sex. This message is harmful to both LGBT people and communities of faith, and I call upon TLC to stop spreading such dangerous misinformation by cancelling “My Husband’s Not Gay” immediately.

The show has also been denounced by GLAAD.

VIDEO: Via Gay Star News, here’s the discussion about the show on yesterday’s episode of The Talk.