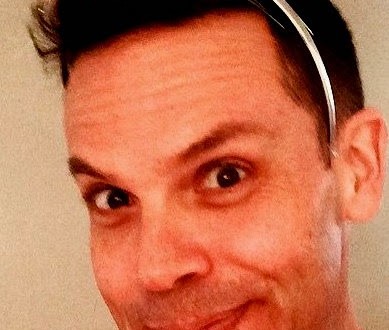 Ho-Hum, Yet Another “Ex-Gay” Former Exodus Leader Comes Out As Gay

In what has become a fairly routine event, yet another “ex-gay” leader has decided that he was kidding himself. Today it’s Randy Thomas, former Exodus International vice president and self-described “ex-gay poster boy.” He writes:

Whether anyone cares, pays attention, approves, disapproves, friends or unfriends me isn’t the point. The point is that I need to stay true to how I am wired, be honest, and consistent with what I believe to be true in this regard. Writing this post is something I need to do as a part of taking personal responsibility for my past journey and being honest in my present reality. My love for Jesus and His finished work on the Cross is unwavering, and stronger than ever. I am as saved today as I was the moment I believed in, and received Him as my Lord and Savior. He rose from the dead to open the door to reconciliation with God and eternal Life. I’ve already walked through that door. He is in my heart. None of that changes regardless of my sexuality or my all-to-human musings. It doesn’t change because it’s all on Him and He never changes. He loves me, I know it. He loves you, is not angry with you, and I hope you know that truth.

Thomas says he hasn’t had sex in 24 years. He notes that he published an apology to the gay community back in 2013. Former Exodus leader Alan Chambers, who has also apologized, is among those participating in the comment thread at the top link. (Tipped by JMG reader Jasun)