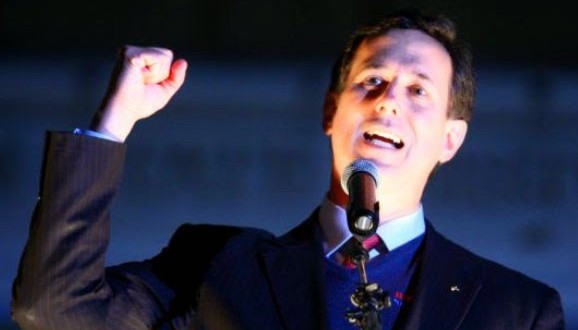 It’s sometimes very difficult to listen to the Pope and some of the things he says off the cuff, and this is one of them. And I just, I keep coming back to the Pope is the leader of the Catholic Church, and when he speaks as the leader of the Catholic Church, I’ll certainly pay attention. But when he speaks in interviews, he’s giving his own opinions, which I certainly will listen to, but from my perspective, that doesn’t reflect the idea that people shouldn’t be fruitful and multiply, and that people should be open to life as something that is a core value of the faith and of the Catholic Church. And I don’t know what the Pope was referring to there. Maybe he’s speaking to people in the third world, but the problem certainly in most of the Catholic world is not procreation. I mean, in Europe in particular, you have birth rates that are only over, just a little over one for every two people. So this isn’t a global problem, and I don’t know what the Pope was referring to.

Pope Francis reacted to the global kerfuffle today by walking back his comments a bit.

Speaking of his recent trip to the Philippines, where he presided over the largest mass in history, he said “it gives consolation and hope to see so many numerous families who receive children as a real gift of God. They know that every child is a benediction.” He called “simplistic” the belief that large families were the cause of poverty, blaming it instead on an unjust economic system. “We can all say that the principal cause of poverty is an economic system that has removed the person from the center, and put the god of money there instead.” Mons. Anthony Figueiredo, a theologian and Director of the North American Pontifical College in Rome, said the two statements are not contradictory. “When the Pope speaks on the plane, he is speaking as a pastor to ordinary people,” said Figueiredo, who is a CBS News consultant. “When he comes back, he wants to speak as Pope.”

Previous IRELAND: Government Releases Wording Of Referendum On Same-Sex Marriage
Next Marriage Cases In Flux Due To SCOTUS