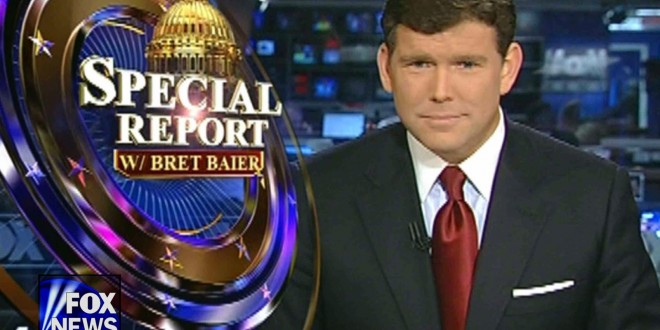 Baier had been among the confirmed speakers at the 2015 Legatus Summit later this month in Naples, FL. But he’s canceled the appearance following recent revelations that the group’s publication insisted that LGBT people could be cured. “Bret Baier has withdrawn his participation as a speaker at the upcoming Legatus Summit due to the controversy surrounding some editorial stances in the organization’s magazine,” a Fox News spokesperson tells us. “Bret accepted the invitation to speak about his book, his faith, and his son’s congenital heart disease. He was unaware of these articles or the controversy surrounding them.”

Both of these cancellations are likely due to the work of Jeremy Hooper, who first publicized the list of attendees yesterday at Good As You. Still attending at this writing: Cardinal Timothy Dolan, Louisiana Gov. Bobby Jindal, and MillerCoors Brewing chairman Pete Coors. (Tipped by JMG reader DM)