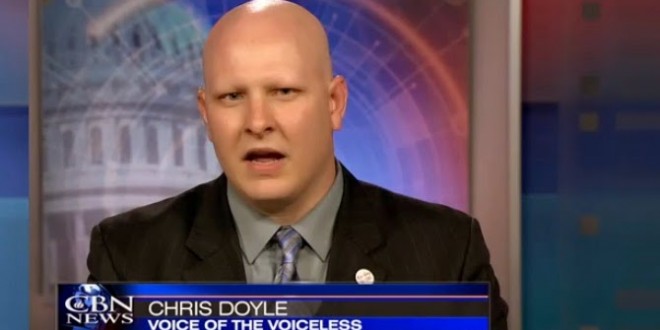 An ex-gay organization is planning legal action against the District of Columbia for its recent banning of conversion therapy, also called Sexual Orientation Change Efforts therapy, for minors. Voice of the Voiceless, an organization focused on ex-gay rights and recognition, is in the early stages of planning to bring legal action against the government of the nation’s Capital over the recently passed bill. Christopher Doyle, president and co-founder of VoV, told The Christian Post that at present they are seeking a plaintiff to bring a case against the new law. “We are still seeking a plaintiff (minor and their family) who has been disenfranchised by this law in the District, but at this point, we cannot find a licensed practitioner who even practices SOCE therapy in the District, nor can we identify a client who has been disenfranchised,” said Doyle.

PREVIOUSLY ON JMG: When the DC City Council unanimously passed its ban, Doyle called the action “a victory for gay pedophiles everywhere.” DC Mayor Vincent Gray signed the bill into law three weeks ago, prompting the Liberty Counsel to declare that “an assault on almighty God” had been committed. Tony Perkins bleated that DC City Council members had “opened a frightening chapter” on the recruiting of children into homosexuality. The Liberty Counsel has lost every single legal battle to overturn statewide bans on “ex-gay” torture in California and New Jersey, including before the US Supreme Court.