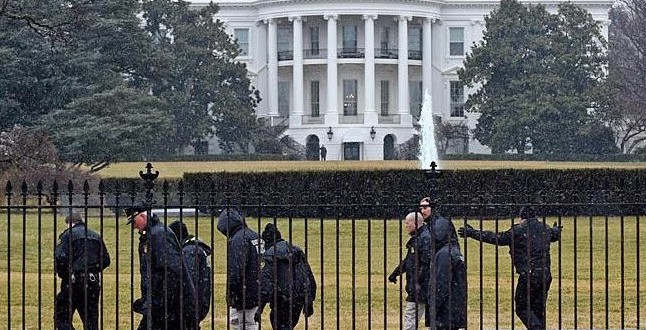 Secret Service spokesman Brian Leary issued the following statement Monday morning: “On 1/26/15, at approximately 3:08 a.m., a Secret Service Uniformed Division officer posted on the South Grounds of the White House complex heard and observed a ‘quad copter’ device, approximately two feet in diameter, flying at a very low altitude and ultimately crashing on the southeast side of the complex. There was an immediate alert and lockdown of the complex until the device was examined and cleared. An investigation is underway to determine the origin of this commercially available device, motive, and to identify suspects. As additional information becomes available we will update our statement.”

A security expert on CNN this morning noted that drones present a unique challenge: “How do you shoot them down? This is downtown DC, where do the bullets go?”

UPDATE: From the New York Times: