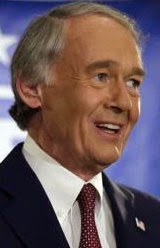 U.S. lawmakers in both houses of Congress introduced on Thursday a bill to protect and promote the rights of the international lesbian, gay, bisexual and transgender (LGBT) community. The International Human Rights Defense Act, spearheaded by Sen. Edward Markey of Massachusetts and Rep. Alan Lowenthal of California, both Democrats, would appoint a special envoy within the U.S. Department of State to coordinate efforts to prevent discrimination and advance the rights of LGBT people worldwide. “When President Obama addressed the nation and committed to defending the human rights of the LGBT community, we made that commitment to the world,” Markey said in a statement, referring to the State of the Union address earlier this month. “With the rights of the LGBT community under attack around the globe, we must stand hand-in-hand with them in the struggle for recognition and equality everywhere,” he said.

Markey introduced the same bill last year but it died in committee. Read the text of the International Human Rights Defense Act Of 2015 here.

Previous BREAKING: Romney Will Not Run In 2016
Next Anguish Looms For The Hipster Express