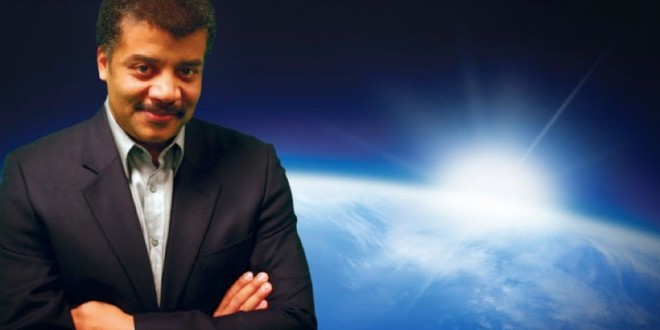 Neil deGrasse Tyson is getting his own show. The astrophysicist and TV personality, who fronted Cosmos in 2014, has nabbed a late-night series on National Geographic Channel called Star Talk. “Cosmos allowed us to share the awesome power of the universe with a global audience in ways that we never thought possible,” said Tyson. “To be able to continue to spread wonder and excitement through Star Talk, which is a true passion project for me, is beyond exciting. And National Geographic Channel is the perfect home as we continue to explore the universe.” Star Talk will indeed follow a similar format to Tyson’s podcast, which marries science and popular culture and feature interviews with celebrities, comedians and scientists. He’s still sorting through all of the elements that he’ll add to the television iteration, but he does intend to give Bill Nye a platform for a minute-long rant in each show, much as Andy Rooney had for many years on CBS’ 60 Minutes.

The show will debut in April and will tape before a live audience in Manhattan at the American Museum of Natural History’s Hayden Planetarium.

Previous Coulter Calls President Obama A “Retard”
Next Who Are The Leaders Of The GOP?