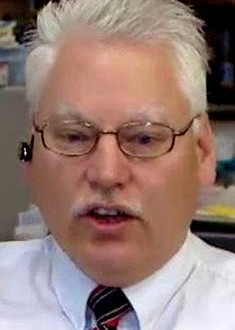 A Saskatchewan judge has ordered Canada’s national broadcaster to pay $30K to infamous anti-gay crackpot Bill Whatcott over a report on his distribution of anti-gay flyers which included the lyrics to a song titled “Kill The Homosexuals.”

In 2011 the CBC aired a national report on Bill Whatcott as he took his appeal of a Saskatchewan Human Rights Commission decision to the Supreme Court of Canada. The news report included video shots of a flyer Whatcott distributed in Alberta that had the lyrics of a parody song titled “Kill the homosexuals.” In his ruling, Justice Richard Elson of Court of Queen’s Bench says the second page of the flyer had a paragraph explaining that Whatcott didn’t actually want to kill homosexuals — he wanted them to “repent of their sins and turn to Jesus Christ.” Whatcott argued the CBC defamed him when they showed the lyrics of the parody song, but did not show the statement on the next page, thereby making his views seem more extreme. The CBC had argued it provided no comment on the flyer and that taken in the context of the whole broadcast the video shots wouldn’t cause viewers to believe that Whatcott advocated killing homosexuals.

Whatcott claims to be a former prostitute.

PREVIOUSLY ON JMG: Last year Whatcott and Porno Pete LaBarbera were arrested at a Canadian university after they refused to stop distributing anti-gay materials. When they returned for their trial in October, they preceded their court appearance by picketing the courthouse with anti-gay signs. They were found not guilty last month. Also last year Whatcott infiltrated Vancouver’s pride parade under a false name and handed out fake condom packets which featured anti-gay screeds and a photo of an emaciated AIDS patient. In May last year Whatcott filed a complaint against a computer repair store which he claims refused him service on the basis of his religious beliefs.