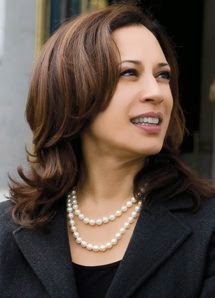 California Attorney General Kamala Harris formally launched her campaign for the U.S. Senate and immediately pushed the nascent 2016 race to a new level. “I want to be a voice for Californians,” Harris said in an message to supporters posted on her website. “I will be a fighter for the next generation on the critical issues facing our country.” Harris is the first major candidate to officially declare she wants to succeed Sen. Barbara Boxer, a liberal who is retiring after four terms. The California attorney general is a charismatic Democratic who also happens to be multi-ethnic — her father is from Jamaica and her mother is of South Asian descent — and who has already won two statewide races.

Harris is an ardent LGBT ally and personally officiated for two of the Prop 8 plaintiffs immediately after the 2013 Supreme Court ruling.