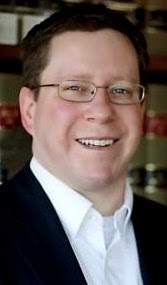 “The Supreme Court announced today that it granted certiorari to four same-sex marriage cases. The court’s order makes it clear that it will address the same issues that are at the heart of the Alaska same-sex marriage case, which is on appeal before the 9th Circuit Court of Appeals. It is anticipated that the numerous ongoing cases across the country addressing these important issues, including Hamby v. Parnell, will be stayed pending a decision by the Supreme Court. I will ask the 9th Circuit to similarly stay Alaska’s case until the Supreme Court issues its decision.” – Alaska Attorney General Craig Richards, in a statement issued last night. The Ninth Circuit denied Alaska’s appeal for an en banc review back in November, so I’m not clear on how this appeal is still active. Readers? (Tipped by JMG reader Christopher)

Previous Editorial Of The Day
Next IRAQ: ISIS Executes Two Men Accused Of Being Gay By Hurling Them Off Roof