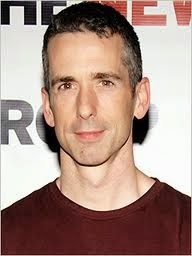 ABC has approved the production of a sitcom pilot based the life of Dan Savage. Via the Hollywood Reporter:

The untitled Savage comedy is a single-camera semi-autobiographical entry based on the LGBT activist/boundary-pushing columnist’s life. It centers on a picture-perfect family that is turned upside down when the youngest son comes out of the closet. What seems like the end of their idyllic life turns out to be the beginning of a bright new chapter when everyone stops pretending to be perfect and actually starts being real. Savage is responsible fororganizing the It Gets Better photo campaign following the passage of Prop. 8 and numerous other anti-gay legislation. Galavant, Trophy Wife and Don’t Trust the B alum David Windsor and Casey Johnson will pen the script. Savage, Hypomania Content’s Brian Pines and DiBonaventura Pictures Television’s Dan McDermott will produce.

The wingnuts will totally lose their minds.