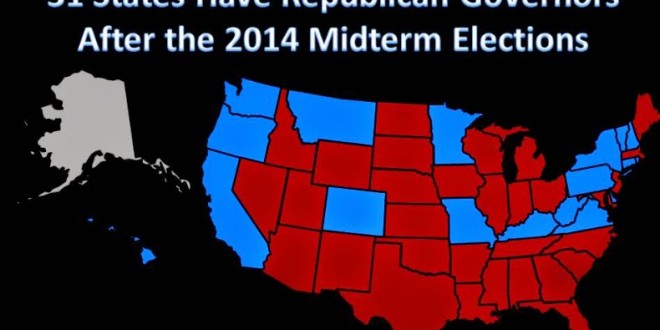 From the virulently anti-gay Save California:

You could be part of the solution to America’s constitutional crisis on marriage licenses. In the last 16 years, 31 states have passed constitutional marriage amendments defining marriage as God created it, for one man and one woman. But this year a handful of federal judges have opined that these state marriage amendments are somehow “unconstitutional.” Yet in November, Republican governors were chosen to “faithfully execute” the real law in 31 states total. ACT TODAY: Please call the Republican governors in 31 states TODAY as well as Alaska’s independent governor. Leave them a strong message: “Stop issuing homosexual ‘marriage’ licenses. You swore to defend the Constitution, not to defend judicial activists. You have the power and the duty to protect the constitutional vote of the people on marriage. I expect you to take action, not to be complacent and not to place judges above the written constitution.”

They suggest that “phone calls are best” because “emails have lesser value.” (Via Good As You)

Previous KANSAS: “Religious Freedom” Bill Is Back
Next Obama “Hijacks” The Colbert Report