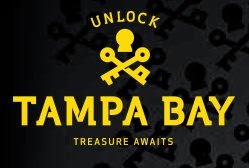 Tampa To Pitch For Marriage Tourism

As the date for same-sex marriage nears, Tampa’s tourism authority is prepping a national ad campaign to lure honeymoon business.

Earlier this week, a federal appeals court ruled that a stay in the state’s ban on same-sex nuptials will be lifted Jan. 5 because of the ban’s unconstitutionality. If that holds up, Visit Tampa Bay, Hillsborough County’s nonprofit tourism branch, would “almost immediately” court betrothed-minded LGBT folks with its glossy new “To Have and To Hold” blitz. There will be matrimonial-specific print ads in the Northeast, the Middle Atlantic, Ohio and Texas; digital ads in Chicago and Dallas; and conquerwithpride.com, a microsite listing local events, hotels and services. “We’ve had this campaign ready for a while,” Santiago Corrada, president and CEO of Visit Tampa Bay, said on the phone from Chile, where he was trumpeting the joys of the bay area to South American executives. This ad campaign — its subtitle is “Our Treasures Are Yours” — adds yet another selling point for the gay community to drop vacation dollars in Tampa Bay. Not only is St. Pete Pride — scheduled for June 26 to 28 — one of the biggest LGBT celebrations in the eastern United States, with more than 100,000 revelers last year, but now Tampa will fire up the party machine March 28 at Pride Parade & Festival in Ybor City.

The tourism and convention bureaus of Fort Lauderdale and Key West have long advertised for LGBT business.