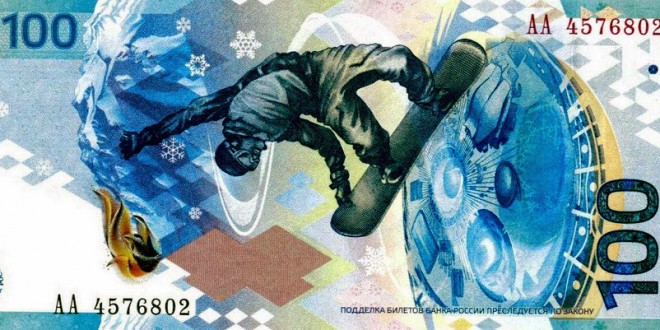 The Russian ruble currency declined sharply against the dollar on Tuesday despite an aggressive intervention just hours earlier by Russia’s Central Bank to halt the slide by hiking its benchmark interest rate to 17%. The ruble fell to a new low of 73 against the dollar on Tuesday. Initially, the ruble reacted favorably to the monetary policy move to prop up the troubled currency. It rallied for a few hours before sliding back into record-low territory. The Central Bank’s rate rise — from 10.5% — was its biggest single move since 1998, Bloomberg reported. That is the same year that the Russian government defaulted on its sovereign debt. The ruble has lost about half its value since the start of the year because of a collapse in oil prices and Western sanctions over Russia’s actions in Ukraine. Oil prices remained around five-year lows Tuesday as supply outstrips demand.

In response to the ruble’s crash, Apple today suspended online sales in Russia.

The iPhone and iPad maker stopped sales from its Web store as Russia’s currency lost as much as 19 percent today, with a surprise interest-rate increase failing to stem a run on the currency. The ruble briefly sank beyond 80 per dollar, and bonds and stocks also tumbled, with the RTS equity gauge dropping the most since 2008. “Our online store in Russia is currently unavailable while we review pricing,” Alan Hely, a spokesman for the Cupertino, California-based company, wrote in an e-mailed statement today. “We apologize to customers for any inconvenience.”