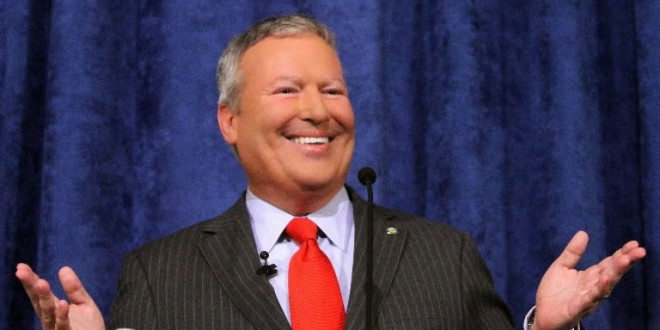 But there’s a big catch. Via the Orlando Sentinel:

Orlando Mayor Buddy Dyer has agreed to officiate at a big same-sex wedding at City Hall on Jan. 6, the first day a federal judge has cleared gay and lesbian couples to lawfully get married in Florida, according to a local business association. According to the association, the City Hall event is scheduled for 9 a.m., but Dyer’s office said the timing would depend on if and when the Orange County Clerk’s office grants the marriage licenses. Couples in Florida must find a Florida clerk to grant them the licenses. Orange County Clerk Tiffany Moore Russell and others have said they won’t, following the advice of a Tallahassee law firm that warned last week that they could be arrested and charged with a misdemeanor if they do. A spokesman for Moore Russell on Monday said she was still studying the issue.