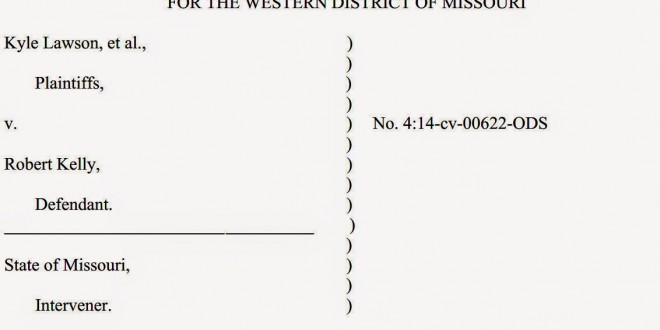 The plaintiffs in one of Missouri’s marriage equality cases have filed their notice of a cross-appeal to the Eighth Circuit Court. On Friday the state filed their notice. The initial stayed ruling on the ACLU’s case came on November 7th, at which time Missouri Attorney General Chris Koster promised to appeal. That stay was due to expire today if no appeals were filed. Both Koster and Missouri Gov. Jay Nixon say they support same-sex marriage. In a separate ruling, same-sex marriage remains legal in St. Louis and those marriages are recognized statewide. Also last week, GOP lawmakers filed an attempt to gain standing to appeal the ruling that forces Missouri to recognize out of state marriages.