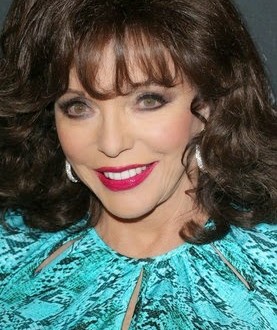 Joan Collins Made A Dame

The diva of Dynasty is now a dame. Joan Collins, who played scheming, shoulder pad-wearing Alexis Carrington in the hit 1980s TV show, was made the female equivalent of a knight in Queen Elizabeth II’s annual New Year’s honors list. The star of potboilers including The Stud and The Bitch was recognized for her services to charity. Collins, 81, is a longtime supporter of nonprofit groups helping children. London-born Collins said Tuesday it was “humbling to receive this level of recognition from my queen and country, and I am thrilled and truly grateful.”

Previous New Zealand Rings In 2015
Next Headline Of The Day