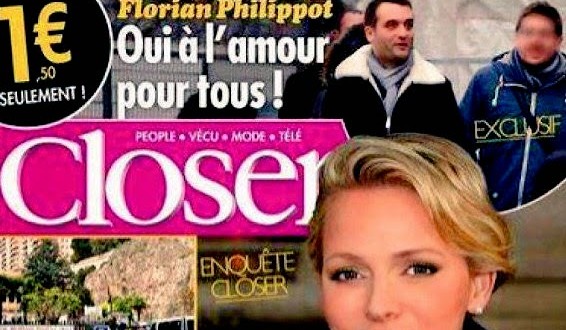 France’s Closer Magazine has been ordered to pay €20K for invading the privacy of a neo-Nazi party leader when it outed him as gay. Via Pink News:

Florian Philippot is the deputy leader of the French Front National – which was allied with the British National Party, and has been accused of fostering homophobic violence by aligning itself with aggressive anti-equal marriage factions and violent groups. Earlier this month, Closer published four pages of photos taken in Vienna of Mr Philippot with a television journalist presented as his boyfriend whose face was blurred out. AFP reports Gregoire Lafarge, Mr Philippot’s lawyer, had argued in court that the magazine had not acted in the public interest but purely to make money. “Mr Philippot is admittedly a public figure but he is not a celebrity and has always explained that sexuality is an intimate affair,” he said. “To ‘out’ (someone) is to stigmatise. After sexuality, what will we throw out to the public – religion, health?” added Mr Lafarge, who had initially asked for 50,000 euros in damages.

The magazine has also been ordered to publish the verdict on its front page.