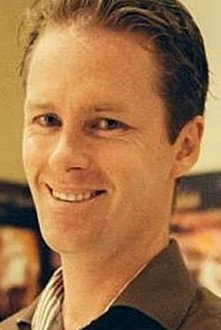 The Sydney cafe manager murdered yesterday after being held hostage by a deranged Islamist was an openly gay man in a 14-year relationship.

The manager of the Lindt cafe who was fatally shot in the Martin Place siege is being praised as a hero who helped others trapped in the cafe to escape. Tori Johnson, 34, was wrestling a gun from hostage-taker Man Haron Monis when he was killed. It is understood the cafe manager decided to take action when the gunman began to doze off after the siege had been ongoing for 17 hours. He lunged at the hostage-taker’s weapon, allowing others to flee. He was one of two hostages killed in the siege, with 38-year-old lawyer Katrina Dawson also fatally shot. The family has gathered at the 34-year-old’s apartment as his brother James flies to Sydney from Canada. The cafe manager was in a long-term relationship with his partner of 14 years, Thomas Zinn. It is understood Mr Zinn is being comforted along with the Johnsons at the couple’s home.

Johnson’s family has released a statement:

We are so proud of our beautiful boy Tori, gone from this earth but forever in our memories as the most amazing life partner, son and brother we could ever wish for. We feel heartfelt sorrow for the family of Katrina Dawson. We’d like to thank not only our friends and loved ones for their support, but the people of Sydney; Australia and those around the world for reaching out with their thoughts and prayers. Our deepest gratitude to the NSW police, armed forces and paramedics for their tireless efforts. We ask that the media respects our privacy in this difficult time. Let us all pray for peace on earth.

Condolences have poured into Australia from Stephen Harper, David Cameron, President Obama, and other national leaders. (Tipped by JMG readers Wayne and David)