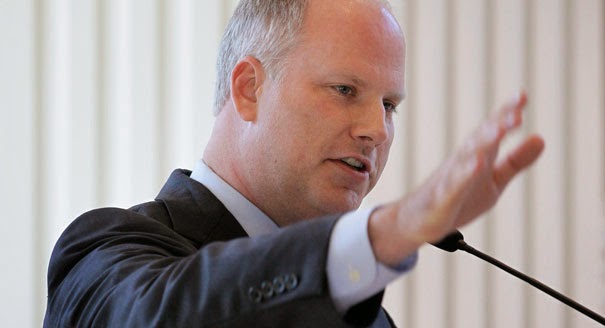 Back in May, Arkansas Attorney General Dustin McDaniel declared that while he personally supports same-sex marriage, he would be defending his state’s ban. Today he announced his intent to appeal last month’s stayed ruling to the Eighth Circuit Court.

McDaniel had said previously he would wait to make a decision on an appeal until the Arkansas Supreme Court ruled in a separate case challenging the state’s bans on same-sex unions. That court has not yet released its decision. “I had hoped that the Arkansas Supreme Court would rule in Wright v. Smith prior to the deadline to file notice of appeal in the federal case,” McDaniel said in a statement. “Had they done so, their guidance would have been helpful. Because it appears that the Arkansas Supreme Court will not announce its decision before December 26, which is the deadline to submit a notice of appeal in the federal case, I believe it is necessary to file this notice, in keeping with my obligation to oppose all challenges to our State Constitution.” Online federal court records show a notice of appeal was formally filed shortly before 2 p.m.

Previous MAP: Our Historic Year For Marriage
Next The Interview Gets Limited Run