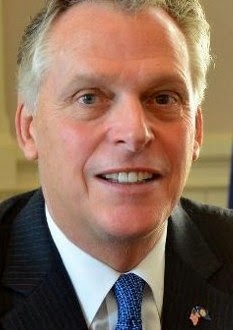 Speaking to a crowd of 400 tourism industry professionals, McAuliffe said the creation of the task force continues upon his campaign theme of openness and equality for all Virginians. “I’ve been very vocal on the topic,” McAuliffe told the Times-Mirror. “As I mentioned, I came right out on day one and did an executive order on adoption, and I’m really promoting the causes to make sure that Virginia is open and welcoming.” The LGBT community spends as much as $100 billion annually on travel, McAuliffe said. The governor’s 20-minute address focused on the broad impact the $21.5 billion tourism industry has on Virginia’s economy, employing more than 213,000 people and returning $5 in revenue for every $1 in investment, according to the Virginia Tourism Corp. “Tourism plays an important role in attaining that goal, building communities, and helping drive the new Virginia economy,” McAuliffe said. “We have an opportunity to build upon the progress Virginia made this year in achieving marriage equality and ensure that visitors across the globe know that the commonwealth is open and welcoming to all.”