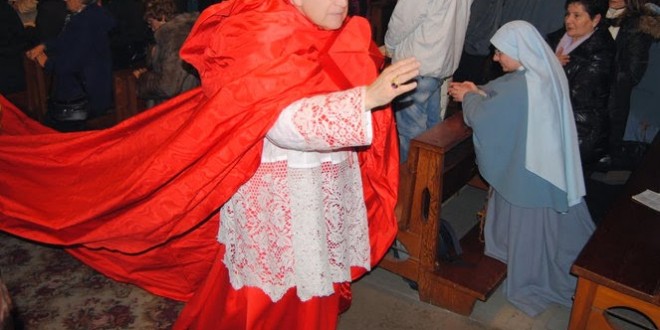 American Cardinal Raymond Burke, who championed campaigns to deny Communion to Catholic politicians who support legalized abortion, was removed by Pope Francis from another top Vatican post on Saturday. The removal of Burke as head of the Holy See’s supreme court was widely expected in church circles. While he was archbishop of St. Louis, from 2003-2008, he led fellow American bishops in campaigns to stop giving Communion to Catholic politicians who support legalized abortion. He has also questioned some of the pontiff’s pronouncements and approaches. Last year Francis took Burke off the Vatican’s powerful Congregation for Bishops, dealing with appointments of bishops worldwide. On Saturday he transferred Burke from the Vatican court job to the largely ceremonial post of Patron of the Sovereign Military Order of Malta, a charity whose activities include hospitals and residences for the elderly around the world. Burke, at 66, would have still had a good decade to continue serving in high-profile Vatican posts.

Previous Editorial Of The Day
Next This… Is CNN