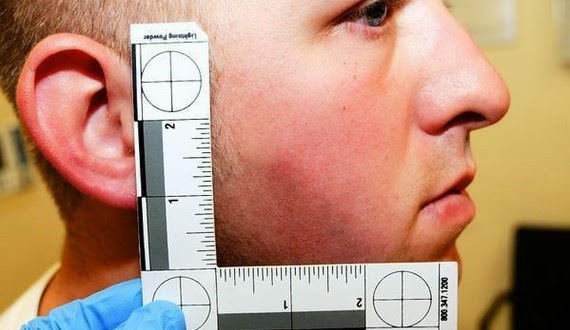 This Is A “Fractured Eye Socket”

Back in August, demented St. Louis-based teabagger Jim Hoft published repeated claims that “inside sources” had informed him that Darren Wilson had suffered a grievous “fractured orbital socket” during a “severe beating” by Michael Brown. Holf’s claims rocketed around Teabagistan even though some of his own readers quickly figured out that the X-ray Hoft had posted was actually lifted out of a University of Iowa medical textbook. Today Hoft updated one of his several “fractured orbital socket” posts from August with the above photo, which was released yesterday, and a new headline: “Officer Darren Wilson Suffered Severe Facial Contusions After Severe Beating During Mike Brown Attack.”

RELATED: Check out the result when you Google “stupidest man on the internet.”