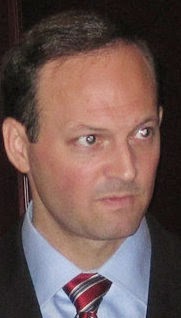 “Today’s ruling comes as no surprise and does not change the constitutional obligation of this office to defend South Carolina law, including, but not necessarily limited to, appeal to the Fourt Circuit. Therefore we will immediately appeal to the Fourth Circuit. Also, the Sixth Circuit Court of Appeals recently upheld traditional marriage. Therefore, we have opposing rulings between federal circuits, which means it is much more likely that the U.S. Supreme Court could resolve the matter at the national level. We believe this office has an obligation to defend state law as long as we have a viable path to do so. Finally, our unique law are not the same as those in other states. Therefore, based on the time-honored tradition of federalism, this Office believes South Carolina’s unique laws should have their day in court at the highest appropriate level.”- South Carolina Attorney General Alan Wilson, via press release.

Previous Meanwhile In Mississippi…
Next NORTH CAROLINA: Gay Man In Critical After Bar Hook-Up Sets Him On Fire