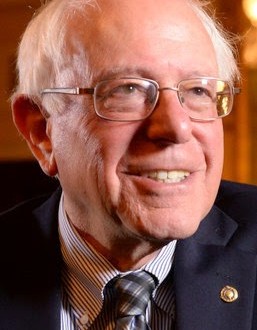 “Election Day should be a national holiday so that everyone has the time and opportunity to vote. While this would not be a cure-all, it would indicate a national commitment to create a more vibrant democracy. We should not be satisfied with a ‘democracy’ in which more than 60 percent of our people don’t vote and some 80 percent of young people and low-income Americans fail to vote. We can and must do better than that.” – Sen. Bernie Sanders (I-VT), who plans to introduce such a bill next week.

RELATED: A similar Senate bill sponsored by Hillary Clinton and John Kerry failed in 2005. That bill also would have allowed the nation’s estimated 4.7M felons to vote. In April of last year, Rep. Steve Israel (D-NY) re-introduced the Weekend Voting Act, which would move election day to the first Saturday in November. That bill died in the GOP-dominated Committee On House Administration. Some others countries have weekend voting and dozens technically have compulsory voting although most do not enforce that rule.