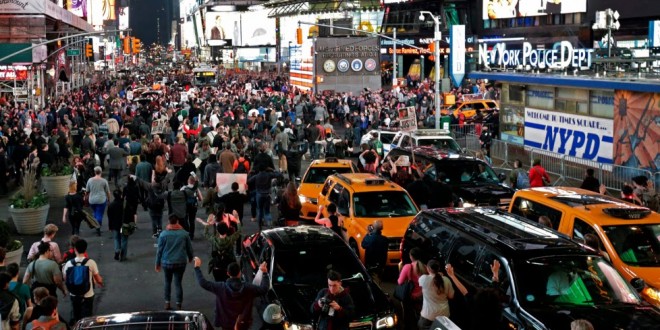 Following last night’s decision in Ferguson, thousands of protesters marched from Union Square to Times Square and shut down the Brooklyn, Manhattan, and Triborough bridges. The protests were largely nonviolent, however NYPD Commissioner Bill Bratton was splashed with red paint as he observed the protest in Times Square. Police declined to report on the number of arrests, but it doesn’t appear that there were very many. Local media reported that the police did not attempt to impede the marches.